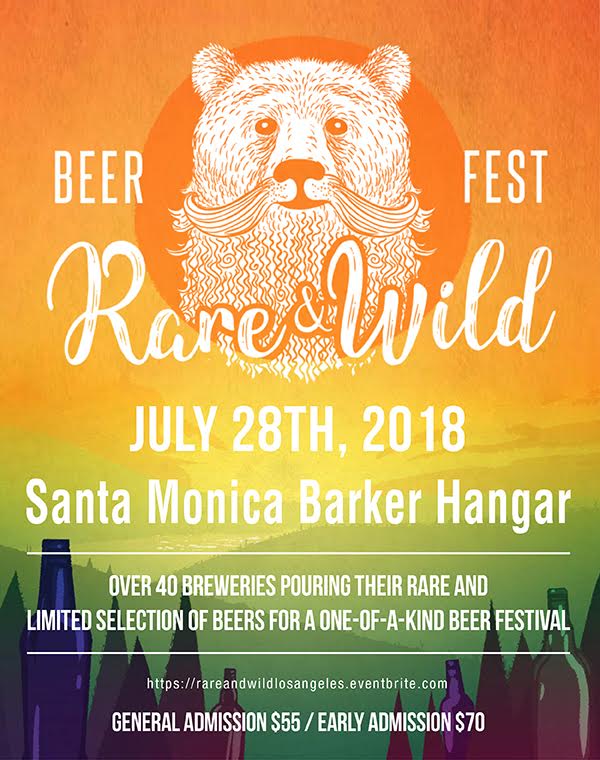 The inaugural Los Angeles Rare and Wild Beer Fest will take place at the Barker Hangar at Santa Monica Airport on July 28th. The event will feature over 40 breweries pouring their rare, barrel aged, funky, sour and often inaccessible beers for a one-of-a-kind beer fest.
General Admission ($55) will go from 7pm to 10pm and VIP Admission ($70) will include an added hour from 6pm to 10pm. Tickets will not be sold at the door. Admission will not include food, which will be sold separately.
SELECT Members receive 20% off tickets, use code "selectcard"
FAQ
Privacy Policy
Contact
Testimonials
Terms
Careers